The globalization of the trade of many animal species as food, of a domestic type, beneficial for pest control or pollination, facilitates the establishment of these in places outside their natural origin, in addition to the transmission of diseases between populations, both non-native and indigenous. These biological invasions contribute significantly to the alteration of ecosystem functions and the homogenization of the biota, endangering its balance and the survival of some native species.

The international trade in bumblebees exemplifies a paradoxical case, since the beneficial effects of pollination and food production conflict with the risks associated with introducing non-native species into an ecosystem, such as the transmission of diseases that affect the local wildlife.

Bumblebees were first introduced to improve poly nization of agricultural crops in New Zealand around 1900. Since the 1980s, these bumblebee hives have been mass-produced for greenhouse pollination. Thus, each year more than two million colonies are produced, with Bombus terrestris being the most commercialized species. These hives are shipped all over the world, frequently causing accidental escapes or the transmission of diseases to other insects.

Bombus terrestris is a species of Palearctic origin, but due to accidental leaks from greenhouses and intentional releases for pollination in agricultural fields, today it is present in places such as Japan, Chile, Argentina, New Zealand and Tasmania. Given the importance of the trade in pollinator hives for the global economy and for food production, it is impossible for states to prohibit their trade. Therefore, the establishment of efficient species management strategies is a priority, which should be effective in establishing areas at risk of settlement of invasive species, in this way, it could be regulated what type of pollinators are more convenient to import in each area of the world. planet, for which it is necessary to improve knowledge of pollinator species and their biology.

On the other hand, given the evidence of contagion of pathogens between commercially bred pollinators and populations of native pollinators, it is essential to define protocols for the control and monitoring of emerging diseases in pollinators, which allow the movement of hives safely. For this, it is essential to have techniques for the identification and quantification of pathogens that allow us to act effectively and quickly in the face of an infection.

Molecular biology techniques offer several advantages over traditional techniques, being very useful when detecting pathogens that are affecting a hive. The main advantages of molecular techniques are:

An early identification of the organism causing the disease is crucial when applying a treatment and avoiding the spread of the agent to the hive or the natural environment, for which genetic techniques are a very good tool to speed up the diagnosis process and obtain a reliable result.

At IBEROGEN we work on the diagnosis of diseases that affect bees (Apis sp.) and bumblebees (Bombus sp.), offering a complete genetic and microscopic detection service for pathogens in workers, queens, hives and pollen, allowing our clients to select among our catalog, the specific analyses to your needs.

Catalog of diseases and parasites: 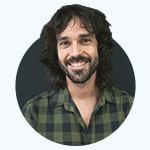 From a life experience closely related to science and art, I try to participate in projects that excite me, giving my best as long as the energy exchange is reciprocal. My goal is to continue discovering, participating and getting excited about new goals.

Analysis in Pollinators and Beehives 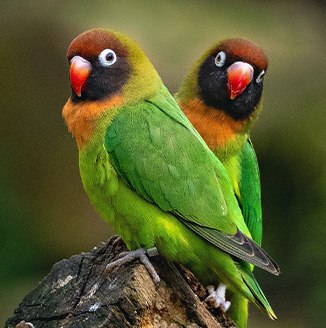 Most breeders of psittacines such as lovebirds, yacos or nymphs and many of the finch keepers or breeders of canaries and even birds of prey such as falcons, goshawks, owls or barn owls have had to face the dilemma of classifying a chick as a male or female. But why? What is the cause of […] 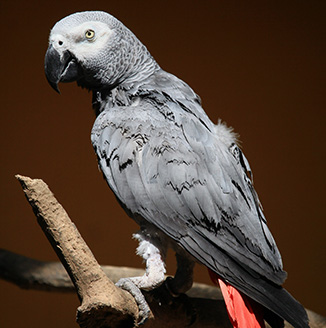 Chapter 1. Psittacine Beak and Feather Disease (PBFD) The use of molecular techniques for the diagnosis of the main diseases in birds allows the pathogenic agent to be detected quickly and efficiently. This detection becomes even more important in diseases caused by viruses, since, on certain occasions, the virus that causes the disease is difficult […]