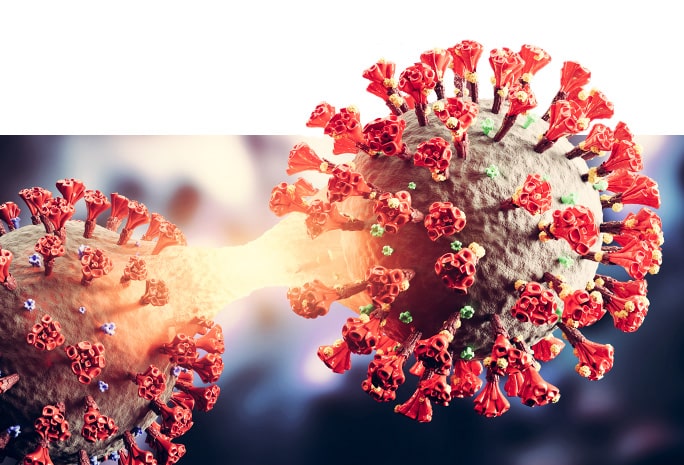 Coronaviruses are a group of RNA viruses that belong to the Coronaviridae family. This family is divided into four genera, among which are the Betacoronaviruses, the genus to which SARS-CoV-2, the causal agent of COVID-19, belongs.

Betacoronaviruses only infect mammals and are normally responsible for mild upper respiratory tract infections in humans and gastroenteritis in animals. In the case of infections caused by SARS-CoV-2, highly variable effects have been observed, which are due to multiple factors that are still under investigation.

SARS-CoV-2 is approximately 50 to 200 nm in diameter, and its genome is single-stranded positive-sense RNA, which is around thirty thousand nucleotides long. The SARS-CoV-2 genome has four genes for the structural proteins characteristic of coronaviruses that are designated with the letters S, E, M and N, in addition, it has the ORF genes that encode non-structural proteins such as enzymes that act during their reproductive cycle of the virus.

Because SARS-CoV-2 is an RNA virus, its detection and identification is carried out using a molecular technique called real-time RT-PCR, which allows the virus’s RNA to be transformed into DNA through a reverse transcription process. Subsequently, the DNA obtained enters the amplification process by means of real-time PCR. As new copies of viral DNA are made, the markers attach to the DNA strands and emit a fluorescence that is captured and measured by a computer with specific software. When the fluorescence exceeds a certain level, the presence of the virus is confirmed.

Initially, the markers designed for the detection of SARS-CoV-2 were directed at the N gene. Subsequently, new diagnostic protocols were developed, which in addition to targeting the N gene, also target other genes, such as E, S or RdRp, with the aim of increasing sensitivity and specificity, as well as avoiding false negative results, due to the appearance of mutations.

Real-time RT-PCR is the most accurate technique to detect the coronavirus. It is very sensitive and precise, offering a reliable diagnosis in just three hours.

Analysis and Detection of Coronavirus in Wastewater

Using the RT-PCR (RT-qPCR) protocol, we identify the presence of the virus in wastewater and sewage sludge.

Analysis and Detection of Coronavirus on Surfaces.

Identification of the presence of SARS-CoV-2 in facilities, companies and department stores, pharmacies, shopping centers or factories and warehouses in the agri-food sector.

Analysis and Detection of Coronavirus in Pets and other Animals

Identification of the presence of SARS-COV-2 in pets and other animals by RT-PCR test (real-time PCR).

We provide a professional service focused on guaranteeing quality work for our national and international clients. 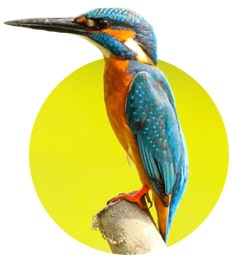 Analysis of genetic sexing, detection of pathogens, CITES paternity and genetic improvement of racing pigeons, carrying out custom-designed work for almost any species. 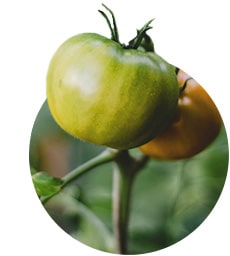 Innovative solutions in plant health and plant pathology, with a list of analyzes focused on the detection, identification and quantification of plant pathogens using PCR, qPCR and RT-PCR techniques.

We offer scientific-technical advisory services in the field of applied genetics for research and development projects, participating in national and international projects.

Do you need a professional and efficient service? Ask us q for the analysis you need. Is quick and easy.

Iberogen is a state-of-the-art laboratory capable of handling any type of project.

Go to the store